A smarter path to safety

Bachner Group is a boutique National Security and Homeland Security consulting and federal contracting firm that specializes in threat mitigation. We advise the private sector and government agencies on how to better navigate the intricate areas of policy, process and procedure to obtain success.

Bachner Group leverages longtime relationships with elected and non-elected officials to help capture and shape the best business opportunities and fiscal resources needed for your firm.

Bachner Group's experts possess years of experience to help your business compete for the contracts you need.

Bachner Group is a Federal and State and Local Government contractor with a keen instinct and eye to partner with the right teammates for successful awards. 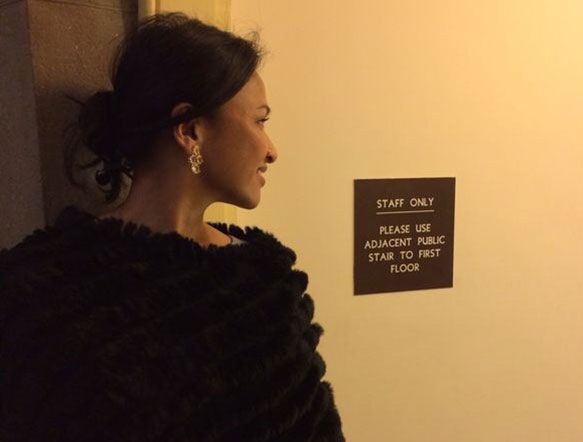 After years of experience as a civil servant in the Department of Homeland Security and a uniformed officer in the United States Air Force, Carrie founded the Bachner Group to follow her passions for mitigating threats and creating jobs. Her experience with the intelligence community, state and local law enforcement, defense and homeland security initiatives have positioned Bachner Group as a leader in the threat mitigation space.

In her leisure time, she enjoys indoor cycling, marathons, motorcycling and traveling. Carrie is currently pursuing her sports pilot license and she resides in both the District and Sunshine State.

Carrie has devoted her life and career to serving others and to protecting the United States. As an innovative entrepreneur, Carrie has successfully founded two small businesses. In 2010, she began a federal contracting firm called Mission Concepts. And in 2014, Carrie branched off and started her own national security consulting firm, Bachner Group. As the Chief Executive Officer for Bachner Group, she has guided the firm into minority, veteran, and woman-owned small business status. Due to the specialized nature of her work, Carrie is also a certified and trained facility security officer where she maintains a secure environment for employees, vendors, and her firm’s visitors.

As a business owner working in the National Capital Region, Carrie’s understanding of Congress, the Executive branch, and the federal procurement process makes her a valued and trusted advisor to Fortune 500 Companies, senior government leaders, and elected officials. Carrie has created a rare and niche space where she advises on government relations and navigates federal and private sector contracts for her firm and her clients.

Prior to her success in the private sector, Carrie spent nearly four years at the Department of Homeland Security (DHS) Office of Legislative Affairs where she served as the career senior legislative advisor to the Under Secretary of Intelligence and Analysis/Chief Intelligence Officer, Charles E. Allen. In her role, she worked closely with Members of Congress to elevate and implement issues of concern to the Intelligence Community, DHS, and local law enforcement. Carrie also worked closely with the DoD and other civil agencies that had a role in national and homeland security. In addition to her primary intelligence work, she represented the Department’s cyber security, emergency communications, and risk management initiatives to Congress.

Carrie was a Commissioned Officer in the United States Air Force with tours in the continental U.S., Latin America, and the Caribbean. Carrie received many scholarships to attend the college of her choice; she is a graduate of the University of North Florida with a Bachelor of Arts degree in political science where she developed an interest in politics and legislation. Carrie also earned a master’s degree in public administration from the H. Wayne Huizenga School of Business and Entrepreneurship at Nova Southeastern University.

Carrie serves an appointed commissioner on the Advisory Board for the Mayor’s Office of Veteran’s Affairs where she advocates for veterans’ needs in the District of Columbia. She is a Board Member to Rivada Networks where she not only continues to advise their executive leadership, but also stands committed to the long-term interests of the organization’s success. Carrie is also a sustainer inter-league member of the Junior League of Washington and Palm Beach where she volunteers her time in the areas of literacy and homelessness. Additionally, Carrie is a Key Founding Member to Pathways to Housing. For special holidays and events, when in the District, Carrie volunteers at Sixth and I Historic Synagogue and is a member at Congregation B’nai Israel in Boca Raton.

To ensure all generations can be educated in the history of the Intelligence Community, Carrie’s family and firm are key donors and advocates for the International Spy Museum and as a government relations professional, she is a founding member and board member to the Government Relations Association, a nonprofit organization that helps unite diverse careers and people within the government relations space.

In her leisure time, she enjoys indoor cycling, marathons, motorcycling and traveling. Carrie is currently pursuing her sports pilot license and she resides in both the District and Sunshine State.

Do you need
an SME for your private business or government agency?

We provide subject matter experts to the private sector and government agencies that suit your needs within specific environments.

Relationships are extremely important to Carrie. She is always excited to meet new people to discuss strong partnerships or reconnect over coffee, happy hour, spin class or lunch.

Are you an SME? Come work with us! Apply Now